Mt. Hotaka also have deities enshrined, and these deities are as their tutelaries : JINJA-GAKU 3 | HIKES IN JAPAN

Mt. Hotaka also have deities enshrined, and these deities are as their tutelaries

Mt. Hotaka also have deities
enshrined, and these deities are
as their tutelaries

The Kamikochi mountains of the Nagano prefecture, part of the Japanese Alps range, are one of the most popular mountains in Japan to visit. If you went in peak season you would probably find their hiking paths as crowded with people as the busy street of Harajuku in Tokyo.

Myojin Pond, near the start of the serious trail route, is where you’ll find the okumiya (most sacred inner part) of the Hotaka shrine, at which the local people from the neighboring Shinshu region have faithfully worshipped. Hotakami-no-mikoto (穂高見命), consecrated in the Hotaka shrines, is the grand tutelary deity of the Japanese Alps, deity of maritime and land traffic.

The okumiya is along the pond, its goshintai, the very object that people worshipped as the sacred representative of the deity’s divine spirit is what you find in front of you there, Mt. Hotaka (Hotaka-dake). The third kanji character used in the name “Hotakami-no-mikoto (穂高見命)”, “見” means “to reign”, and the first and the second characters combined mean “the land where rice stalks grow tall”.

The local mythology has it that the name “Hotakami-no-mikoto” refers to a historical person who once reigned over this region, where rice stalks grew tall. Worshipped from ancient times as the indigenous deity, Hotakami-no-mikoto at some point became Hotaka Daimyojin, more properly positioned in the context of structured Shinto and accordingly its goshintai, Mt. Hotaka, started being referred to as Mt. Myojin (Myojin-dake).

The new name is a more honorific name of Mt. Hotaka and the mountain became something many people worshiped as the central mountain of the Hotaka Mountain Range. With that, the whole region of Kamikochi (上高地: ”high above land”) was until Edo-era described in writing as Kamikochi (神河内:”land by the river where deities reside”).

Well now, what kind of deity is this Hotakami-no-mikoto? The mountain the deity enshrined was long a place of tohai (mountaineering for worship) for ascetic monks and practitioners of shugen-do. Let’s unveil the sacred Hotaka Daimyojin, who the hiker of the mountain went to pay respect to. 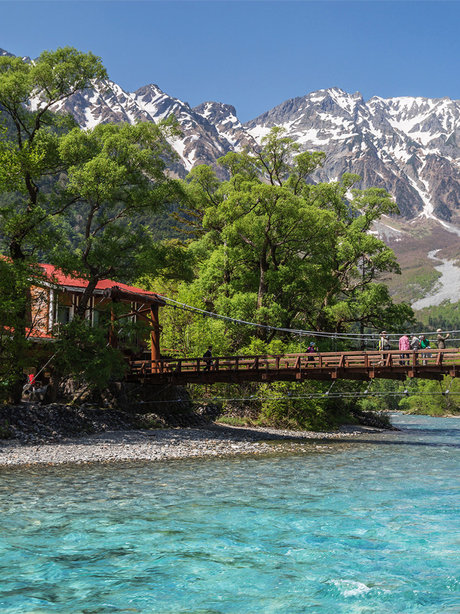 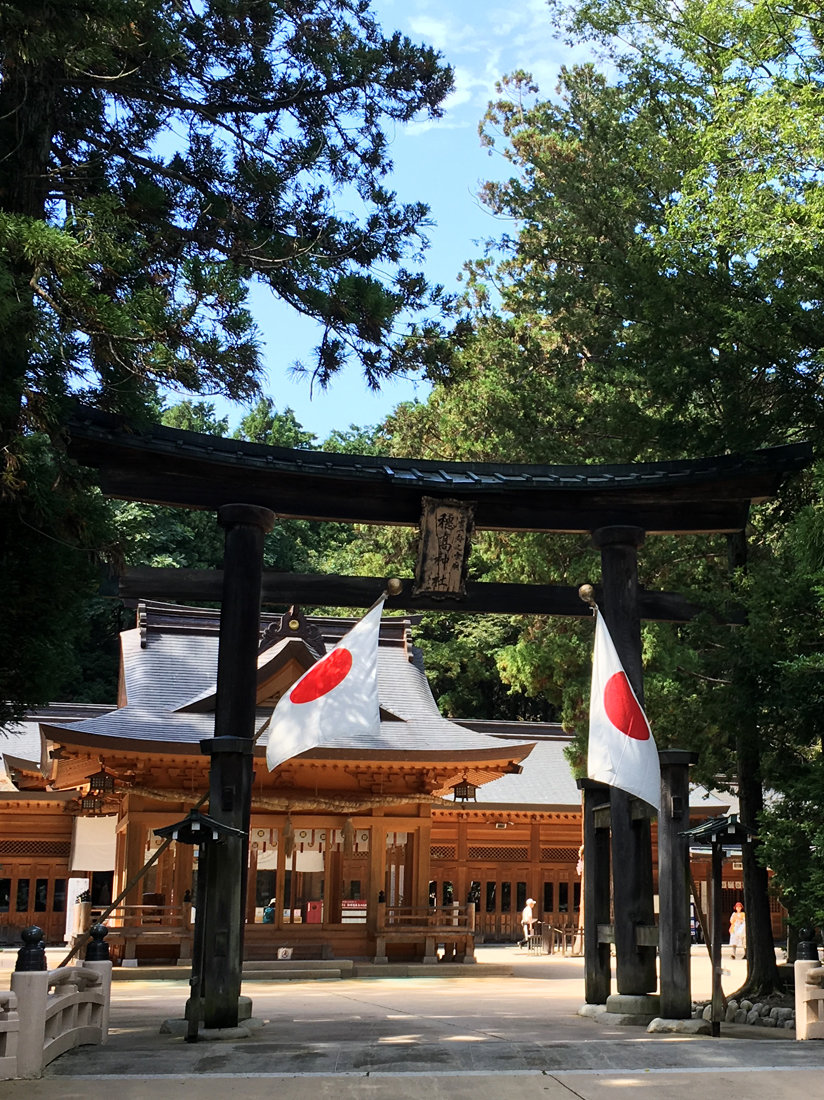 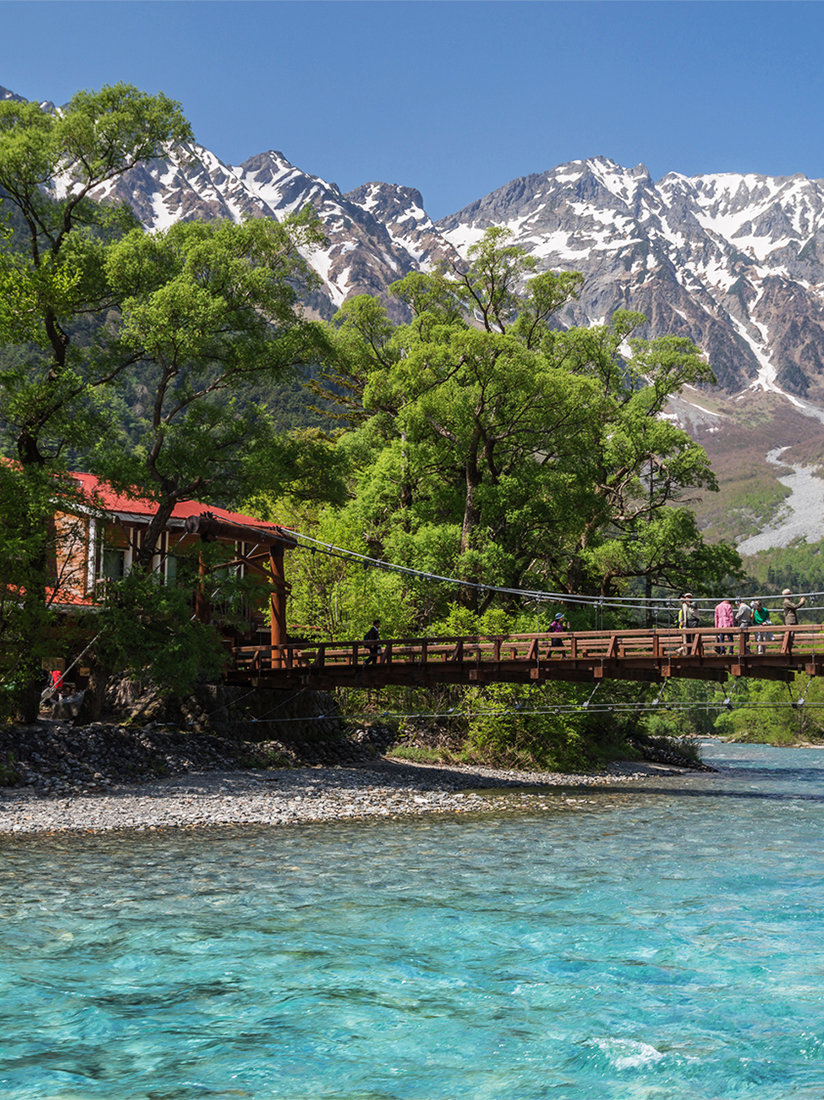 A story from the era of myths

These mythologies are often tied to the local history. The Hotakami-no-mikoto, also known as Utsushi-higana-sakuno-mikoto (lengthy, phew!), was said to be the uncle of the very first Emperor (Pre-enthronement name: Kami-yamato-iware-hiko-no-mikoto). Prior to the first Emperor, Emperor Jimmu, unifying the whole archipelago of Japan, this region had the Wadatsumi clan which had dominated the Tsukushi Province in the south, and that is about when the deity’s existence started being mentioned in writing.

The clan’s name Wadatsumi came from the name of a maritime traffic deity enshrined in Wadatsumi shrine in Tsushima, of current Nagasaki prefecture. Its colloquial name was “Azumi”, and this is the very name used for the wide region including Mt. Hotaka and Kamikochi. It is said that the name came with people in ancient times who crossed the northern ocean of the Japan archipelago, the Japan Sea.

So it seems that the name “Hotakami-no-mikoto“, the one who reigned the land where rice stalks grew tall”, refers to this ruler who came from afar. We don’t know exactly when this was, but if we assume that it was before the Eastern expedition of Emperor Jimmu, it means that it was before 660 B.C., as that was when Emperor Jimmu went East from Kyushu, unified the whole archipelago and founded the country “Japan” in Kashihara, Nara. If that is true, the history of people worshipping the deity could actually go back as far as the Jomon period (15,000-2,300 B.C.). We might be living a story that has been re-told through the centuries from the era of myths.

From 660 B.C., there is a 2,000-year period in which there is no mention of the deity in historical documents, but geologically there are traces of the locals in and near Azumi village cutting trees and living by hunting at around that time period. The official history of Japan tells us that it was during the Edo-era when the people of the Matsumoto Domain (17th Century) started extensive timber harvesting. At this time the “Tokugo bureaucrat lodges” were built, where Edo officers were accommodated while examining the mountain’s exported timber.

This hints that people were living in the mountains of this region more than 100 years before the well-known Buddhist monk Banryu-shonin founded a temple on Mt. Yariga-dake of the area in 1828. One of these 17th Century bureaucrat lodges was renovated into a Japanese-style guest house, known as ryokan, in the 1930s, and is now run under the name of Myojin-kan. If you are a mountain-lover in Japan, you probably know how it has been since.

But until 200 years ago the region was pretty much only for those who lived there and had business there. We should be grateful that so many of us every year now get to enjoy the beautiful charms of the mountains in the area, ever since the beginning of the modern mountaineering era.

Originally, and for a long period of time, mountains all over Japan including Mt. Myojin and the Hotaka mountain range did not see so many visitors. Still, Japanese people were always, from very ancient times, graciously conscious of our inevitably co-existing with nature: mountains, rivers, waterfalls and the ocean, etc.. And, we did manage to harmoniously do so. This is why we have the concept of tohai (登拝) mountaineering, to pay respect to the deities and Buddhist gods, as opposed to tozan (登山), leisurely mountain hiking.

It’s our privilege to have this context in engaging with mountains, and I would like to once again invite people who were born here, and also those visiting this land, to experience this nation’s mountains in the context of tohai, hike up to see the deities of the mountain or to pay respect to the sacred being enshrined in the mountain, as well as enjoying peak-hunting and the magnificent landscapes that Japan has to offer. 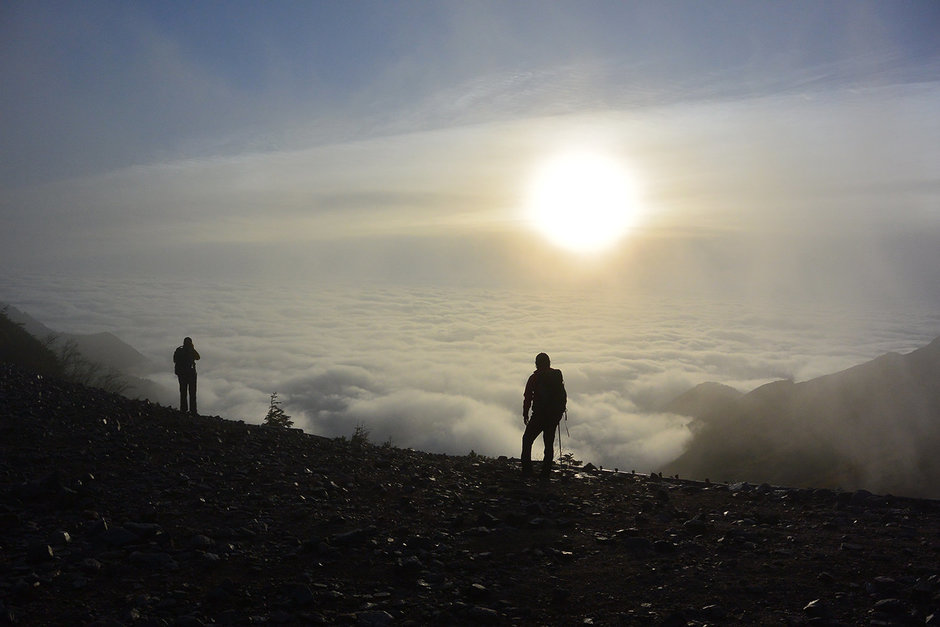