The eruption of Mt. Ontake

Mt. Ontake (Ontake-san) is located on the border of Nagano and Gifu prefectures, in roughly the center of the Japanese archipelago. It has long been important to the psychological makeup of the locals, as well as being a historical subject of worship.

Many Japanese people remember the mountain’s eruption in 2014, the worst volcanic disaster since the end of the war. The unexpected news of the massive explosion, which caused many casualties and deaths, left us in shock, horror and despair. It reminded us of the astounding might of nature, easily forgotten during the calm period of a volcano’s apparent dormancy.

Even now in 2019, the mountain (with its continuously-observed small scale belching of volcanic ashes) reminds us to be cautious when visiting its environment. And there are some sections of the mountain that are restricted by local governments.

As with any mountain, when visiting Mt. Ontake one must prepare as much as possible, never lose humbleness in the presence of nature’s ferocity, and pay the utmost attention to your surroundings at all times.

If you hike Mt. Ontake in the summer, you will come across many people wearing traditional-looking white robes. They’re participating in the “summer mountain hike ritual” organized by groups called “Ontake-kou (御嶽講)”, Ontake pilgrim groups. Sendatsu (先達: holy mountain guides) unite people of all kinds in a single group, where the young and strong will help the aged or infirm. Slowly but steadily, they move together towards the top of the mountain, where the deities await.

On their way, they will stop at various “praying spots (拝所)” to chant Buddhist mantras and make symbolic gestures, like how Buddhist mountaineering ascetics (itinerant monks), the shugenja/yamabushi, do. It’s interesting that, at the same time, they also practice Shinto rituals; clapping, reciting Shinto ritual prayers, and conducting the ceremony called “oza” that invokes deities. Each “kou” (講: pilgrim group) is different in their style, but many Ontake-kou groups continue to honor both Shinto and Buddhist deities and ancestral spirits. These practices are living examples of the syncretism of Shinto and Buddhism. 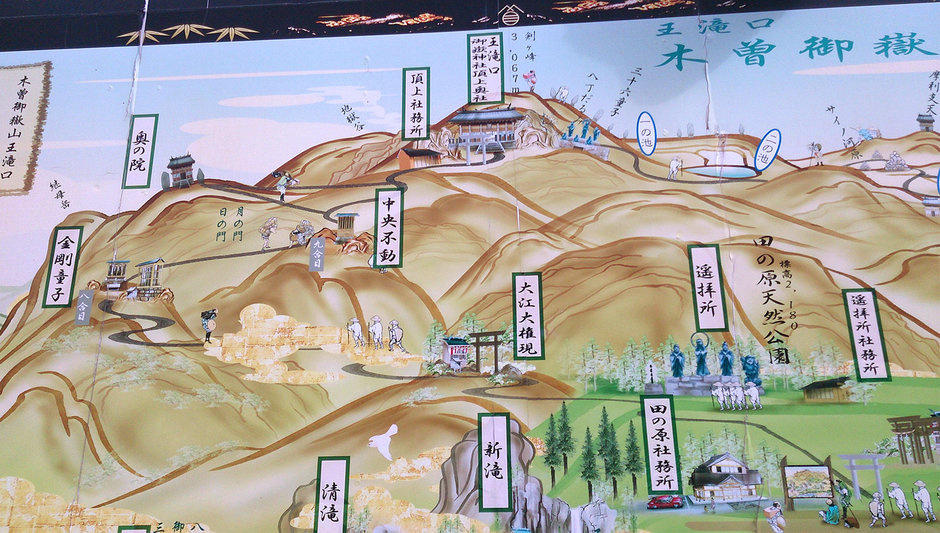 I mentioned shugenja. These mountain-based monks share the same animist beliefs as the Ontake-kou and sendatsu, and live in the same mountain-worshipping world. And yet, the precise religious faith of each shugenja is different to the next, depending on which mountain they were trained on. Most wear solemn, heavy costumes and run tirelessly around the mountain like gusts of wind, clambering up craggy cliffs and pushing themselves to extreme situations so that they hover between life and death in their training.

Ontake-kou participants, lead by a sendatsu, instead wear simple white attire and travel the mountain paths much more carefully, keeping pace with the slowest person so that everyone gets to the destination together, with no one left behind.

Both the intensely-trained shugenja and the inclusive Ontake-kou see spiritual beings in everything that surrounds them; greenery, flowers, trees, rocks, rivers, the wind, clouds … all of nature and its phenomena. They equally conduct various rituals and prayers from both Shinto and Buddhism.

Shugendo probably came first. Ontake-kou activities and folklore owe a debt to the rituals and practices of the itinerant ascetics, who traveled from afar to the mountain with the conviction that the deity they worshipped, or Buddha himself, was present there. After a long period of local folklore and animism-type mountain-worshipping, pilgrimages to the holy mountain began to be formalized as Ontake-kou in the late Edo period (late 19th century).

Then, Ontake-kou activities were unique in that they weren’t led by “professional” religious practitioners, but by average people who taught themselves the various rituals, prayers and forms of worship (This is still true today).

After the Meiji Restoration of 1868, the Japanese government made Shinto the official religion of Japan, strictly banning Buddhism and the syncretization of Shinto with Buddhism. Various kous were forced to institutionalize and become part of denominational Shinto sects, Ontake-kyo and Kiso Ontake Hon-kyo adopting various Shinto elements into their practices. The sacred mountain Mt. Ontake was the staging ground for the local folklore’s transition into a more formal religion.

Mt. Ontake looks particularly celestial in early summer and early winter, when the peaks are embraced by white snow. The elegant slopes and the frills at the foot of the mountain hold deep green forests that change color through the seasons. But no matter the season, I feel the presence of deities, Buddha and ancestral spirits there. At the top of the mountain in summer, you feel as if you can reach out and touch the majestic clouds moving in the cerulean sky. You find the peaks of the surrounding mountains in the near distance, and alpine flora are covering the rocky surfaces of the ground at your feet. 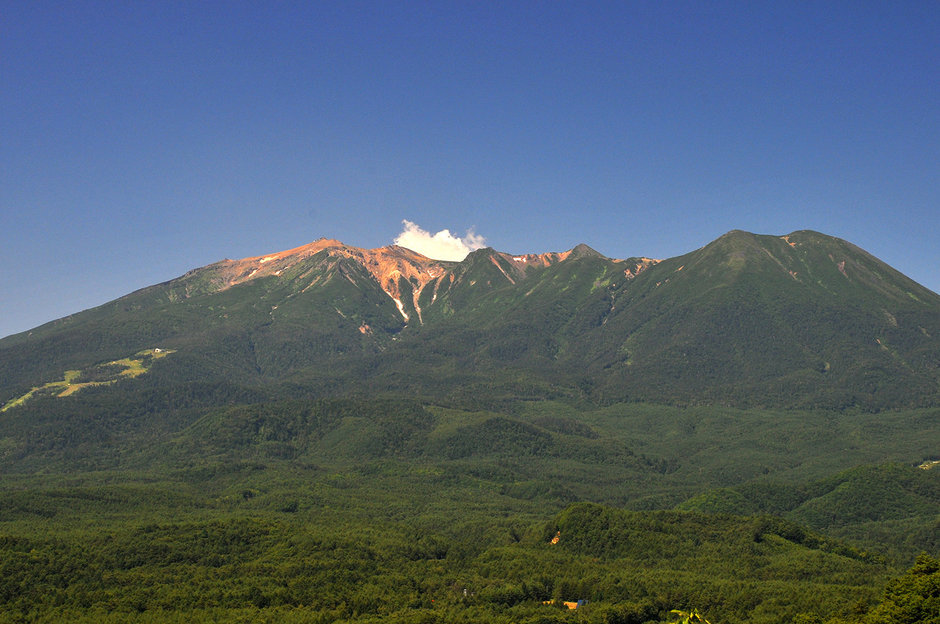 These scenes are more than sufficient to remind your senses that here is where holy existence resides. Your blending into nature is the simplest form of interaction with sacred beings, an extension of a deep sense of gratitude and awe towards the nature that spreads its wings in front of you.

There are many mountains in Japan, but this one is particularly unique in several ways. First, it has a history of long being spiritually worshipped, from the time the mountaineering ascetics came to train themselves there. It is unusual for being the site of worship for two ascetic practitioners, who each rejuvenated the reverence of Mt. Ontake in the middle of the Edo Period: Kakumei-gyoja and Fukan-gyoja.

Its uniqueness can be also experienced in the various shrines in each village surrounding the mountain’s skirts, particularly the Ontake-shrines in Kurosawa and Outaki. Various deities, buddhas and divinities are enshrined at various spots on the mountain itself, and their chosen locations carry meaning, a translation of people’s worship and prayers in the three-dimensional space: the whole mountain.

People travel to and between such spots guided by sacred beings, appreciating the natural beauty of seasons together in Ontake-kou pilgrimages. Sharing such an experience, and the challenge of the hike together, nurtures trustful relationships among kou members of different generations and backgrounds, deepening their personal faiths and uniting them. This harmonious relationship mirrors that of the relationship between the worlds of nature, spiritualism and humanity.

We are merely a part of nature, and each of us is a small replica of the whole of nature. Each and every one of our lives is surrounded and protected by countless other lives, each evolving and living on this ground. While we worship nature, we are also a precious, important element of it, and therefore equally worthy of worship.

Circumstances might influence the shapes and outlook of that faith, but as long as nature exists, connected with humanity and the sacred beings around us, we are able to relate the significance of Mt. Ontake, which has and will impact upon the mental panorama of past, current and future generations. 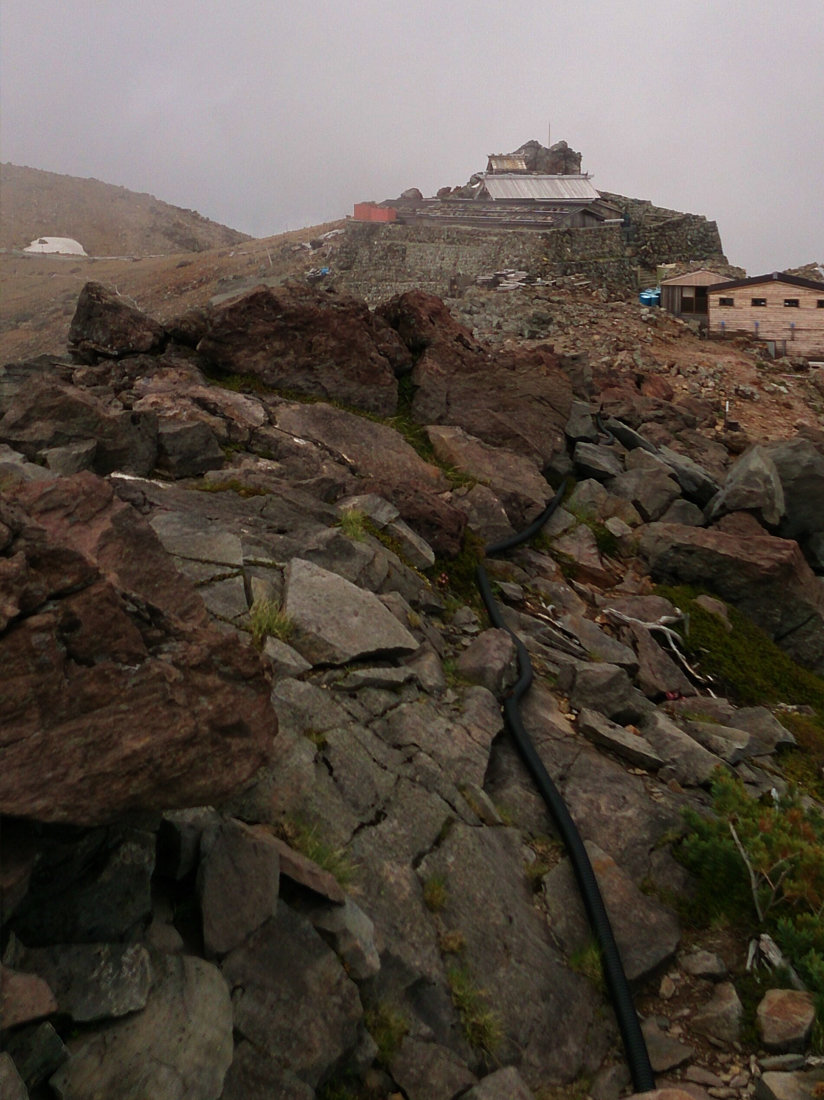 Near the summit of Mt. Ontake
Photo: Makoto Nakamura 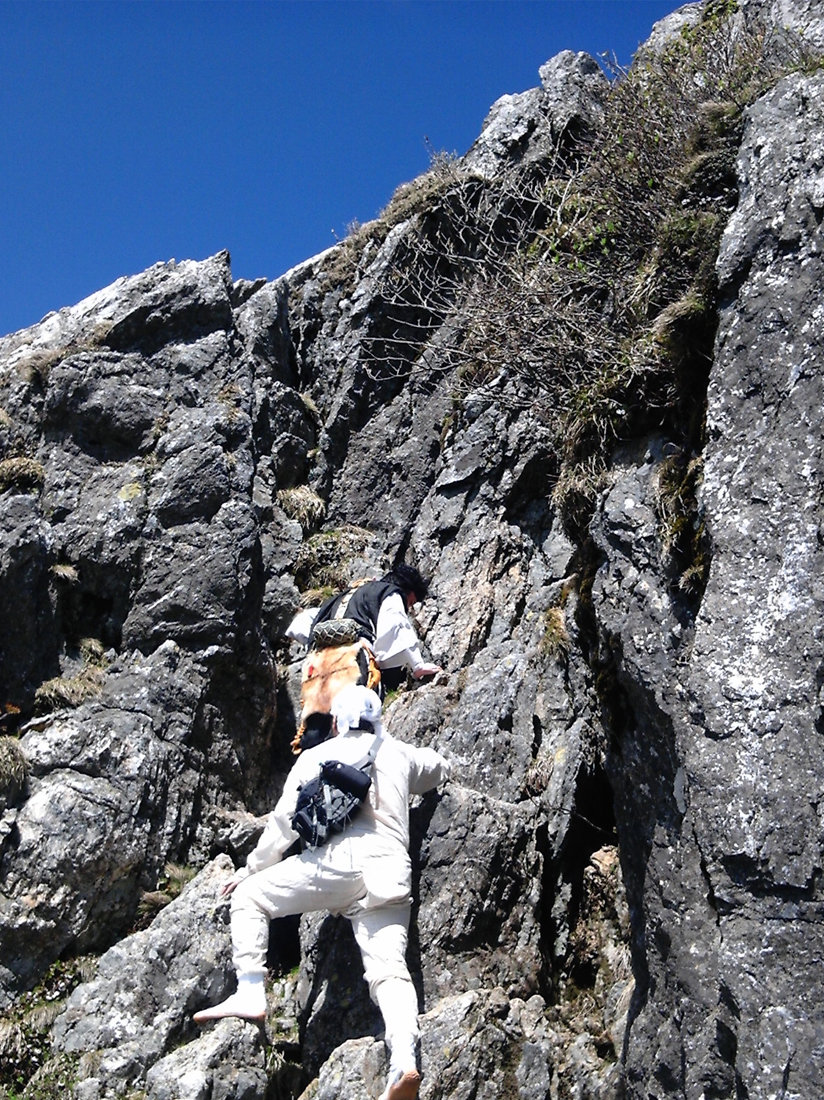 Near the summit of Mt. Ontake
Photo: Makoto Nakamura

I have to admit it wasn’t easy to decide how to introduce this holy mountain. The heart-rending tragedy of its recent past is still fresh in memory. I was not sure if writing about this mountain would be appropriate in light of the 2014 disaster. But, as it remains symbolic of Japan’s history of the deification of nature, I decided with good intentions to still share this story with my dear readers on this 5-year anniversary of the disaster.

I hope that writing about the mountain might serve as a way to show my condolences towards the families of those departed souls who cherished this special mountain. It is my selfish wish, but I would like to always remember what the volcanic disaster taught us.